HYBRID EVENT: You can participate in person at Boston, Massachusetts, USA or Virtually from your home or work.
IVC 2022 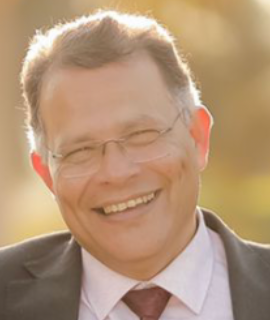 A novel mode of action for HIV assumes that production of neutralizing anti-HIV antibodies is the main cause in enhancing the viral infection and its protections against destructors by the cytotoxic CD8+ T-cells. Depends on this novel postulation a new formulation treatment termed V20E immune peptides combinations comprising viral antigens particles and its non-specific antibodies in oral and injectable form for inhibiting and or preventing the disease. This study was conducted on 21 volunteers all of them were positive for HIV antibodies we were divided them into three groups [A, B and C] every groups contains seven patients and another group has only two patients as HIV-negative plasma and were enrolled on to a similar protocol and used them as control group, we were classifying the first three groups according to their CD4+, CD8+T- cells and viral load , all of them showed the same clinical symptoms of HIV/AIDS and wrote consent of acceptance to take the V20E immune peptides combinations therapy in the form of SC injection or oral capsules for 12 weeks. At the end of therapy, all the patient's viral loads had reached under the detectable limits (less than 16 copies/ml); also, there were significant increases of their CD4+ cells count over 45%. According to these findings, this therapeutic modality was promising for treating HIV-1 disease and human immunodeficiency syndrome.

Sherif Salah is a consultant of immunology, vet. Medicine Cairo University Holds a Ph.D. Degree in immunology, Innovator of three Pharmaceuticals in
Markets, published many articles in HIV, cancer and Parkinson's & Alzheimer's journals and awarded four patents of invention on novel biological molecules for treatment of hepatitis C virus and HIV.