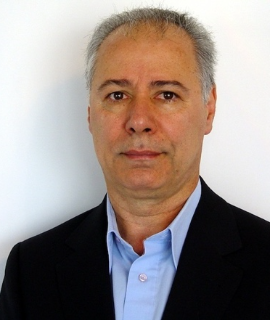 Dr. Nemat Khansari D.V.M., Ph.D. an Iranian native, he was awarded his D.V.M. degree from Tehran university, School of veterinary medicine (1970), Tehran, Iran. After six years practice in Tehran, in 1975, he immigrated to US. Dr. Khansari earned his M.S. degree and followed by earning his Ph.D. in Immunology from University of Illinois (1981), Urbana, IL. He was then offered a post-doctoral position in the Department of microbiology and immunology, Medical Sciences University of South Carolina, Charleston, SD where he published 17 articles in well-respected journals like Sciences magazine. In 1983, he became Cellular Division Director in IMREG, Inc. in New Orleans, LU.  In this position he was directing research on Imreg I and ImregII, which were purified endogenous immunomodulators to be applied for treatment and/or management of HIV infection.  From 1985 to 1995, he served as assistant professor in the Department of Veterinary medical Science, North Dakota State University, Fargo, ND.  In this position, in addition to teaching immunology, he was directing research in the field of aging immunology and re-juvenescence of aged mice using growth hormone and other immunomodulator. In 1990, he moved back to Tehran and accepted Deputy Director position in Iranian Pasteur Institute where he established Biotechnology division.  Dr. Khansari also served as Research Deputy Managing Director of Iranian Blood Bank.  From 1991 to 2009, he served as Professor and Vice Chairman of the Department of Immunology, Tehran Medical School.  Dr. Khansari from 2002 to 2006, served as an Iranian Vice President’s Biotechnology & Biosafety advisor, Chairman of Biotechnology and Biodiversity Committee, Iranian Environmental Protection Organization, Elected member (Asia and Oceania representative) of Compliance Committee for CBN Biosafety Protocol, and Biosafety Expert for CBD, UNEP.  After retirement from Medical School, in 2006 he returned to US and became Director of NK-Immunotherapy Laboratory in Orange County, CA. From 2013 to 2021 Nemat served as Director of Clinical Diagnostic Laboratory of the Gandhi Hotel-Hospital in Tehran, Iran. In 2020, Nemat elected to be Chairman of the Board of Gandhi General Hotel-Hospital and from 2021 until now he serves. Nemat concurrently is Director of Sattarkhan Medical Laboratory in Tehran, Iran. as Member of the Board of Directors in Gandhi General Hotel Hospital. From He has published 73 research articles in English journals, 20 articles in Iranian journals and 12 books (in Biotechnology and immunology) in Farsi.